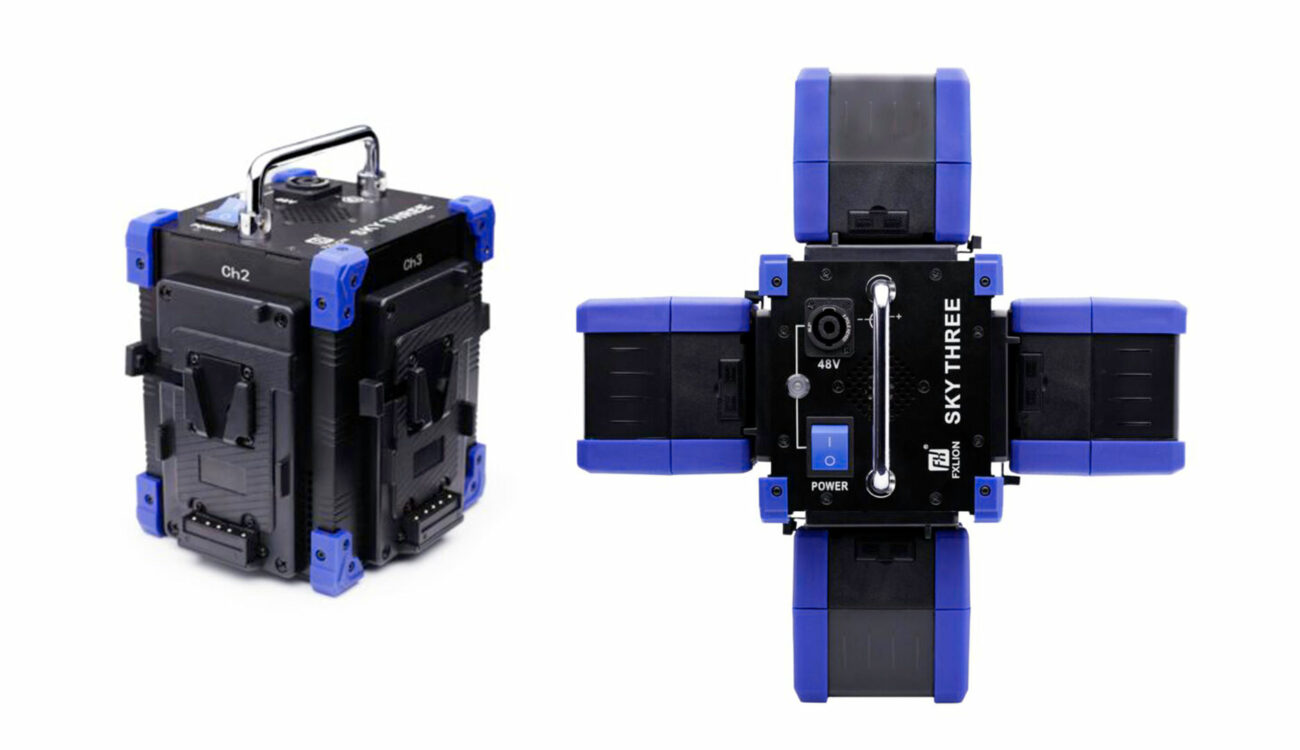 Fxlion has just released a new 48V portable power adapter that can power LED lights up to 1000W: the Fxlion SKY THREE. As its name doesn’t suggest, this adapter can take up to four 26V V-Mount batteries to give you all the power you need on location. So let’s take a closer look at it!

Chinese specialized battery company Fxlion is mostly known for its affordable NANO ONE and NANO TWO compact V-Mount batteries. However, they also make other power accessories like the PL-SP40 4-channel battery charger for Sony NP-F/Panasonic batteries.

With more powerful LED lights hitting the market recently – like the Nanlux Evoke 1200 or Aputure LS 600d Pro – you can’t simply power them out of one V-Mount battery. Indeed, these lights require up to 48V DC/25A of power, which is massive. So to solve that problem, Fxlion released the SKY THREE.

The Fxlion SKY THREE is a portable power adapter that can take up to three V-Mount batteries. It is not exactly a lightweight power adapter – ticking the scale at 2.2kg/4.4lbs without batteries – but it is fairly compact at just 17.8 x 16.2 x 18.1cm. However, I guess the weight is not an issue, as this adapter is designed to power heavy and very powerful LED lights.

What do you think about this new Fxlion portable power adapter? Do you often power your LED lights via V-Mount/Gold Mount batteries? Don’t hesitate to let us know in the comments down below!